Barcelona centre back Gerard Pique was an angry man after the meek performance against La Liga rivals Atletico Madrid when the two teams met in a league encounter last week Saturday. Gerard Pique was helpless as Barcelona were beaten 2-0 by their hosts courtesy two first half goals. 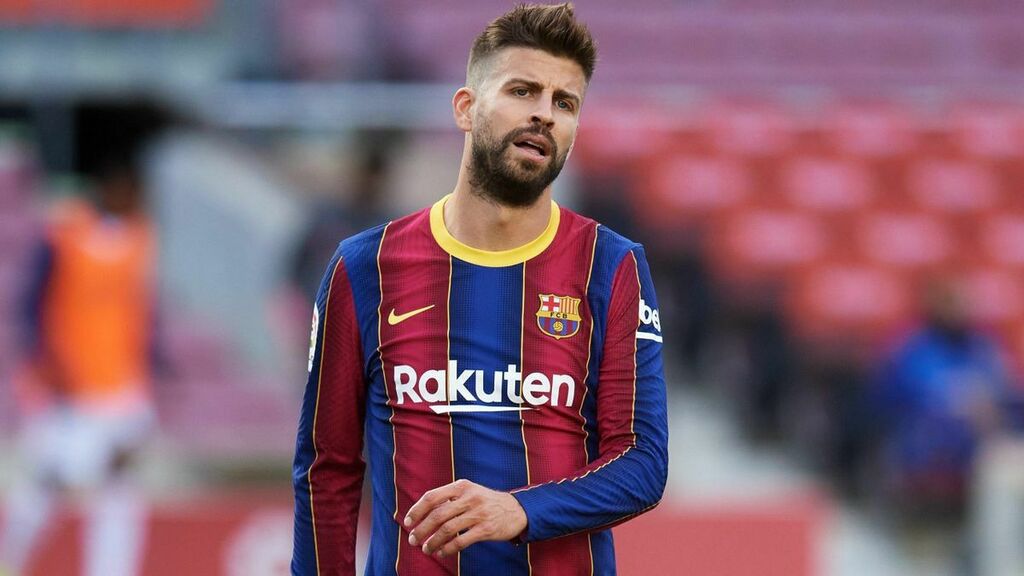 In his post-match interview, Gerard Pique bemoaned how it was very easy for Atletico Madrid to win the game as he told Spanish newspapers Marca that Barcelona won’t have scored if they continued playing for three hours. He went on to play down the altercation between him and Sergio Busquets.

Pique was seen having an altercation with Busquets for not tracking back as Atletico Madrid showed their superiority with a numerical advantage on the counterattack whenever any of the Barcelona players loses possession.

Barcelona manager Ronald Koeman is battling to keep his job at the club but it looks like he’s running out of time especially after two successive defeats in all competitions. The defeat to Atletico Madrid was preceded by the Champions League loss suffered against Portuguese side Benfica.

Barcelona are in the danger of not making the first knockout stage after they were rooted to the bottom of their group standings. They have lost each of their two Champions League game by the 3-0 scoreline. Polish striker Robert Lewandowski scored two goals to lead German Bundesliga champions Bayern Munich to an emphatic 3-0 away win in addition to earlier strike from German national team attacker Thomas Mueller.

Uruguayan international Darwin Nunez also scored a brace in the win over Catalan giants Barcelona in the colours of Benfica. Portuguese international Rafa Silva was also on target against the Catalans.

Unlike in the Champions League, Barcelona have been good in the league. Their six-match unbeaten run since the new season started was halted by Atletico Madrid thanks to the two first half goals fromThomas Lemar and Luis Suarez.