Barcelona defender Gerard Pique has admitted that it’s impossible to replace the great Lionel Messi after he left the Catalan giants before the end of this summer’s transfer window. 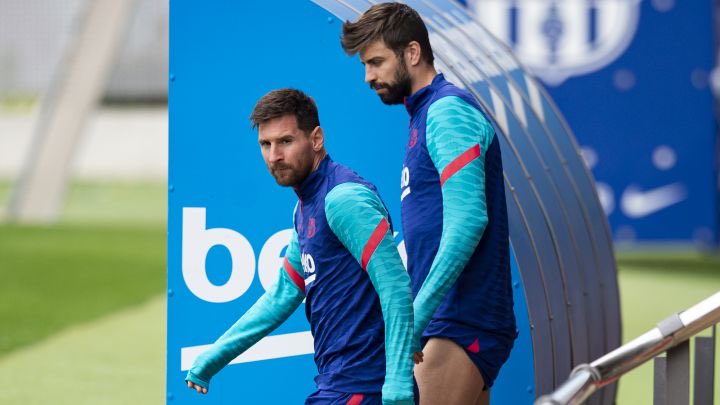 Messi could not sign a new deal at Barcelona due to the ongoing financial difficulty at the club. To this effect, the little magician signed for French Ligue 1 giants Paris Saint Germain (PSG) on a free transfer.

Gerard Pique talked about Messi and the big vacuum created by his exit in an exclusive interview with with El Pais. According to Gerard Pique, Messi was the best in almost every attacking measurement at the Nou Camp and it’s not possible to replace him with one player.

Pique also said that it was always going to be difficult for Messi to leave Barcelona considering his status as the best player in the history of the club.

Messi put pen to paper on a two-year deal at PSG with the option of a third year. Since he became a PSG player in August, Messi has not scored in five league outings in the French top flight. However, he has three goals in three Champions League games. The general consensus is that PSG signed the Argentine international skipper for him to lead the club to the Champions League title.

Argentine player Messi didn’t score in his first Champions League appearance for PSG in Group A as his team played out a 1-1 draw with hosts Club Brugge. Messi made his mark in the second group game as he scored the clinching goal for a 2-0 home win over Premier League champions Manchester City.

Messi made it three goals in two Champions League matches with a brace as PSG came from behind to beat German Bundesliga side RB Leipzig 3-2 at home to maintain their place at the top of their group.