Bayern Munich have now recorded a fourth successive Champions League win over Barcelonaafter their latest meeting ended in a 3-0 win. The Bavarian giants were on a three-match winning run against Barcelona before the two teams met in a Group E clash on Wednesday. At the end of proceedings, Bayern Munich were able to make it four wins on the bounce with goals from German national team players Thomas Mueller, Leroy Sane and Jamal Musiala. 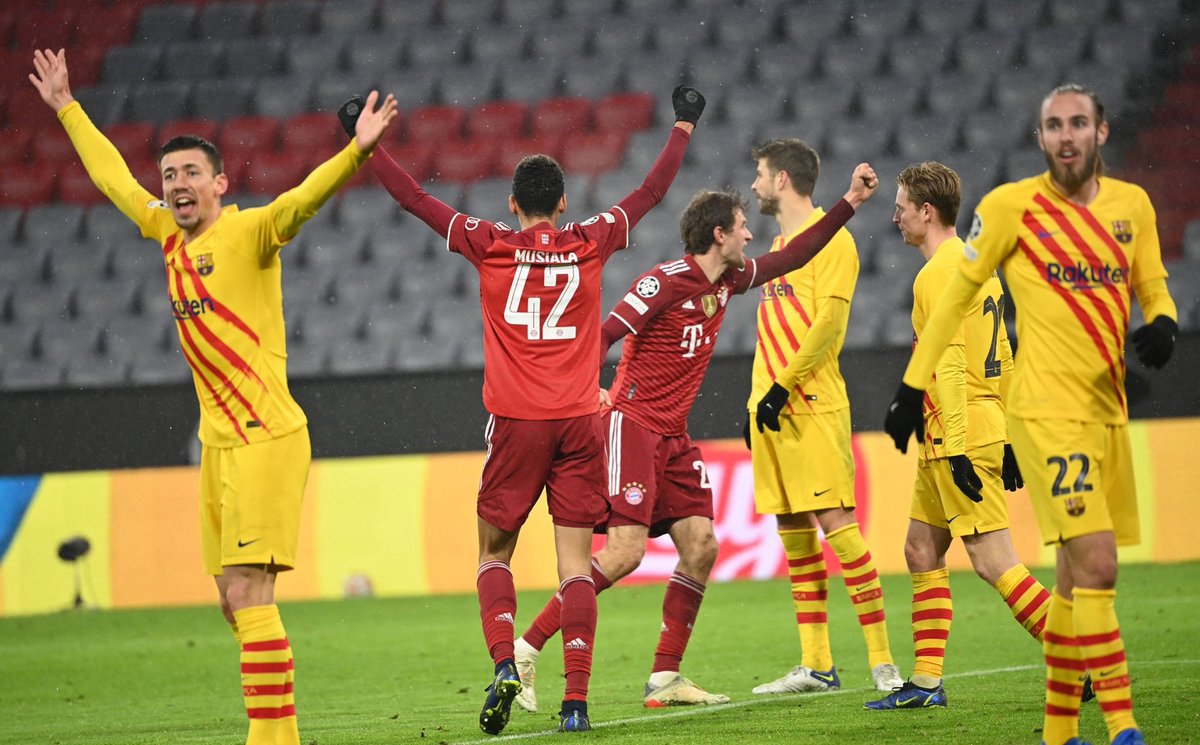 Thomas Mueller is undoubtedly a Bayern Munich legend and he scored one of the goals in a 3-0 victory over Barcelona at the Boy Camp when the two teams first met in Group E this season. Poland international Robert Lewandowski scored the other two goals during the game.

Mueller gave Bayern the lead in their second Champions League meeting as Gerard Pique failed to stop Barcelona from going behind. Retired Spanish international Gerard Pique is the leader in the Barcelona defence and he watched on as Mueller gave the Bavarian giants the lead via a 34th minute header. As a matter of fact, Gerard Pique was on the pitch for the whole game and he could not stop Bayern Munich from scoring three times.

Former Manchester City winger Leroy Sane scored the second Bayern Munich goal in the 43rd minute. At that point, the game was over as a contest as Barcelona failed to really trouble the Bavarian giants despite needing to win to secure passage into the knockout stage. Young German midfielder Jamal Musiala scored the third goal in the 62nd minute to make the scoreline a bigger one.

With the latest result, Bayern Munich have now scored 17 goals in their last four Champions League games with the Catalan giants. In that time, the Catalans scored just four times. This season alone, Bayern have an aggregate scoreline of 6-0 against Barcelona.