Retired Spanish international Gerard Pique was on from start to finish as Barcelona lost two points late in the game against hosts Granada in their Spanish La Liga clash at the weekend. 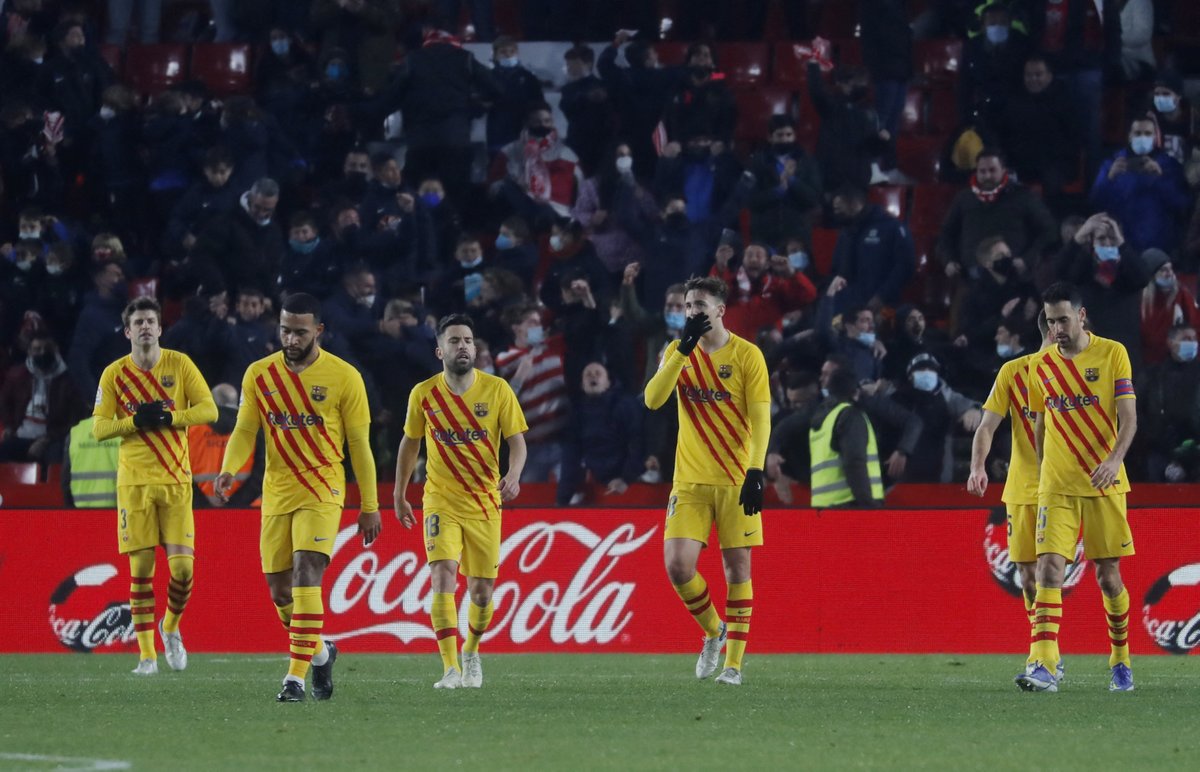 Gerard Pique marshalled the Barcelona rearguard but he could not do much to stop Antonio Puertas from finding the back of the net off a corner kick in the 89th minute as ten-man Barcelona failed to hold on to that slim one-goal advantage.

Barcelona were the dominant team in the first half but they could not break the deadlock. Things changed in the second half for the Catalans whenthe impressive Luuk De Jong gave them the lead twelve minutes into the second half off an assist from veteran defender Dani Alves. De Jong had been the likely scorer for the Catalan giants until he scored the first goal of the match. He rewarded manager Xavi Hernandez who gave him the nod in attack ahead of compatriot Memphis Depay.

The turning point of the game came in the 79th minute when Barcelona were reduced to ten men after midfielder Gavi was sent off for two yellow cards. The Spaniard had collected a yellow card in the first half for a foul on Darwin Machisand he received a second yellow card for the foul on Barcelona loanee Alex Collado who came on for Machis in the second half. Collado is on loan at Granada from five-time European champions Barcelona.

The red card to Gavi turned the game away from Gerard Pique and his teammates as they failed to keep Granada at bay. The hosts took just ten minutes after the dismissal to score the equaliser to ensure that they kept their unbeaten run via a 1-1 draw. They are without defeat in seven La Liga matches over the last two months.