Barcelona vice-president rules out move for Neymar this summer

Barcelona vice-president Jordi Cardoner has indicated that the club are aware of the situation with Neymar, but they are not looking to make an approach for his services at the moment. The Brazil international is understood to be eager to part ways with Paris Saint-Germain this summer and reports have emerged that he wants to make a comeback with the Blaugrana. 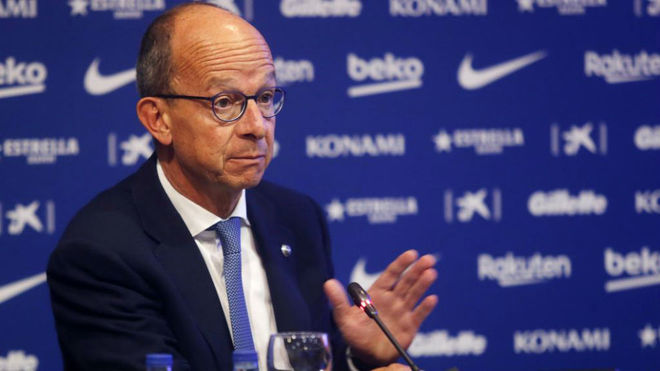 When asked about the same, Cardoner said that the Spanish champions are only passive actors with regards to the player’s situation and ruled out the possibility of pursuing the Brazil international, he told: “We are passive actors. We know he’s not happy in Paris and it’s a situation that needs to be resolved in Paris. We haven’t spoken to them. There is a lot of respect between the clubs and if there is a Neymar case one day, we’ll talk. Today, at this time, it’s ruled out.”

Neymar has played no part for Les Parisiens throughout pre-season and there have been suggestions that the Blaugrana could make a late raid for his signature. However, based on Cardoner’s comments, it appears that the Catalan giants are not in a position to meet Les Parisiens’ £200m plus price tag for the attacker and the next few weeks could give an indication whether the deal may be feasible.

The Spanish giants have made four big-name signings in the form of Antoine Griezmann, Neto, Junior Firpo and Frenkie de Jong this summer and they have already spent over £200m for the spending spree. They have recouped nearly £135m from player sales, but they may need to garner more fees from departures before making an approach f or Neymar.

Philippe Coutinho, Arturo Vidal, and Samuel Umtiti have been linked with potential exits, but the club have not received suitable offers for any of them. Barcelona have until September 2 to complete their summer transfer business.